yet-to-be-named french vanilla setting, but it could easily fit in elsewhere. 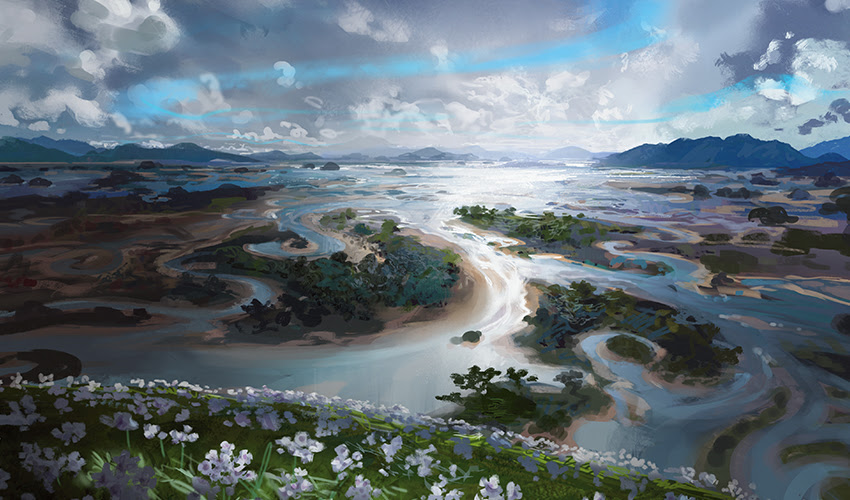 Climate: Tropical, with yearly monsoons.  The region has a great many volcanoes, creating very

fertile soil.  Mangrove swamps and rainforests make up much of the area's wilderness.

Local people: Mostly genasi, with some humans mixed in.  Thanks to centuries of sea trade, the locals

vary widely in appearance, and foreigners are unlikely to attract comment.

The Pepper Archipelago is governed by a loose alliance of city-states, chiefdoms, and company towns

known collectively as the Saffron Banner.  As the names suggest, their wealth comes from the trade in

privilege of having their food actually taste like something.

The sea is the lifeblood of the Archipelago.  Since before recorded history, the local people have been

experts at harnessing the wind to travel across the water.  Saffron Banner trading vessels can be seen

in every port of the known world, and many islanders live on houseboats.  Fish, crustaceans, and

kelp are central to Archipelago cuisine.

Posted by Goblinist at 8:43 AM